His name was Jackson. Once, I didn’t wash my hands for two whole days after he handed me a softball in gym class.

When he wasn’t looking, I’d stare at him as if he were an Grecian god, made of chiseled gold and unicorn sweat—which, now that I said it out loud, is revolting.  But naturally, when I did happen to notice him glance in my general direction, I’d feign complete indifference and stare anywhere BUT  his general direction, sigh, roll my eyes impatiently, and then attempt to purse my lips like a girl on the cover of Teen magazine. (A model I know swears the trick is pressing your lips together extra hard, and then right when they’re on the precipice of unfolding, quick snap the picture! Thanks to this little gem of wisdom, I now look like a terrorist in my passport photo.)

But Jackson was THE high school heart throb. The way he walked. (David Beckham met 50 Cent in a graceful union of cool cat stride.) The way he laughed. (Easy. Sincere. Annoyingly All-American.) And the way the world—and countless teenage hearts—would come to a screeching halt whenever he walked into the room.

…There was just something about him that drove girls crazy.

You know the kind of person I’m talking about, right? The one who’s got ze charm, ze char-is-ma. (Said in my thickest fake French accent.) The one who people naturally gravitate toward, want to be around, and would do anything for. The one who has one-hundred girls at any given time doodling his name in hot pink ink. (I was THE MOST dedicated hot pink ink doodler.) The one who has le sex appeal.

Now, picture the opposite of that person.

The kind who’s socially awkward, a bit fumbly, with a squeaky voice, maybe not fully matured. The Urkel to our Jackson, shall we say.

It’s not to say our Urkel doesn’t have just as much, if not more, to offer the world, because he does. But because of his presentation, he doesn’t GET as many offers. He doesn’t have the girls flocking, the teachers smirking, the world ooo-ahh-ing. And life is a little bit harder. A bit more up-hill. It feels less rewarding. And maybe even less fair.

Do me a favor and picture your business, your website, your project.

If you’re like most people just starting out, your business is, well, a bit like a baby Urkel. It’s a little clumsy, a little rough around the edges, and MAN does everything feel like an uphill battle. Amiright?

Which brings me to a dirty hot pink confession I’ve been waiting on the edge of every seat I’ve sat on for an entire year  to share.

While mother nature may not have made it exactly easy for any one person to magically transform their appearance or even their disposition from an Urkel to a Jackson (or a Stephan for anyone who got excited about the Family Matters reference), I’m honored to reveal that, over the last year, I’ve been working behind the scenes to develop a way to make it downright easy for your business to do so.

» From spinning your propellers in the sea of sameness, to flooring it as you wave enthusiastically from the deck of some asshole’s yacht. (For the record, you’re wearing a blue and white anchor printed scarf and you’ve just applied far too much baby oil to your face.)

» From broke to six figures…THIS YEAR. (Which, for anyone who remembers the public experiment I led in 2011, called 97 in ’11, where I demonstrated week-by-week how the average service provider could go from $0 to $97,000+ in revenue in less than a year using nothing more than a blog as a marketing tool—you know I’m not kidding.)

»From being awkward in the corner, to, well, a Jackson in the spotlight.

» And, most importantly, from being an average business with a less than average chance, to an extraordinary brand with every chance in the world.

Allow me to present you with some of my most important work yet. Introducing: 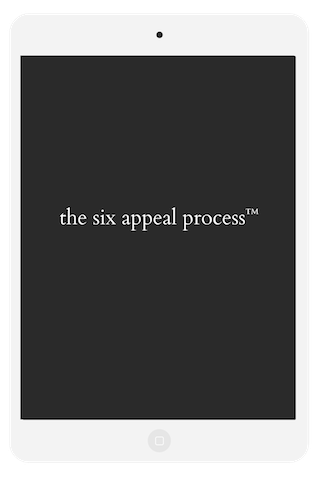 The Six Appeal Process: The world’s first step-by-step repeatable process designed to help any small business, freelancer or creative thinker improve revenue by six figures or more this year by changing nothing more than their words.

Because an unfair advantage is still an advantage—and in the wild, wild west of the internet, you need every advantage you can get.

And now, I’m going to give you a big one.

Because as it turns out, business really is a love story.

Except unbeknownst to most, it’s the only kind of love in the world that isn’t blind—

—at least, not when you know how to engineer it the right way.

…Unless your name is Jackson, of course, in which case, take a number, my friend, because all of my hot pink ink?

Is reserved for my Urkels.

Stand with me and be unstoppable.

Currently on the word shitlist: Newsletter