Yesterday, I got stood up.

As you may know, I have my hands in a boating company, and yesterday, a brain surgeon from the Carolinas simply didn’t show up for a charter—despite having submitted a sizeable deposit, and despite the manager waiting for him at the marina, calling, emailing, iMessaging. One might be worried, if we hadn’t seen him later on that very afternoon at the local grill, at which point, hot-to-trot-fancy-free proceeds to completely ignore the manager—and our shouts of hello—and spends an hour sitting horizontally at the mahogany bar top, nonchalantly nibbling on chicken fingers and talking to whomever would talk to him…so he didn’t have to look straight and meet our eyes. No return emails. No return calls. No notice he was blowing it off.

The last couple of months, I’ve been privy to a situation that occurred where a ghostwriter was hired for a fairly large gig, ghostwriting a book for a colleague and friend of mine. That colleague paid her a generous deposit in advance, and then guess what happened? The ghostwriter fell off every face of every earth. Months went by, and at my colleague’s pleading, she finally was met with a response that she would have something in her hands that very night. Guess what? Nothing was ever sent that night—or ever. This person completely and entirely blew off her own client in the most unprofessional, obnoxious, horrifying, degrading way, forcing the client to beg and beg and beg and beg and beg to get not even a deliverable, but a mere email response. A mere status check. A mere ANYTHING at that point. But guess what? Nothing. Even to this day.

In 2013, I had an amazing contract writer shockingly pull the exact same move—except upon completely disappearing mid-way through a project, she also disappeared from the entire internet. She was a well-known public figure online at the time, in fact, and to this day? Her website is a ghost town. But guess what? She’s not dead. She’s doing just fine. Her LinkedIn has since been updated (it appears she’s gone corporate), and she likely forgot we were friends on Facebook. All is alive and well. But two years ago, could she muster the courage to send a simple email? To give professional notice she couldn’t finish a project she committed to? To dignify my company with a response after I sent her multiple messages, far and wide, not only checking on the status of the project, but naturally, extremely concerned for her well-being and health? Nope. Not a peep. And this comes after having had a professional relationship with this person for many years. Someone I would have considered a friend.

This kind of behavior concerns me gravely.

I’m not sure what their mothers taught them, but mine taught me to have good and decent values, to always be a professional about it, to maintain your own self-respect, and to dignify people with their own.

And—surprise, surprise—personal values carry over into professional values. But perhaps clowns like these didn’t listen to their mothers.

More and more, this kind of behavior is happening online, because no one’s got to walk into an office and fess up to their mistakes anymore. And this is where I put a gigantic pipe in my mouth, take a large puff, and say: Is it possible we need corporate America (and mothers?) more than I’ve admitted in the past?

It is possible that corporate America is the bootcamp that so many young “professionals” are missing these days?

Is it possible the next generation actually needs to be trained to understand how to do business responsibly? Professionally? Considerately?

Is it possible our word is slowly dying?

DO YOU KNOW WHAT HAPPENS TO YOU IN THE REAL WORLD IF YOU BLOW OFF YOUR DEADLINES AND TELL EVERYBODY TO GO FUCK THEMSELVES?

While you won’t be maimed, you certainly won’t get off scotch free (great phrase). In fact, you’ll be fired. And fired a lot. And you’ll end up sweeping the streets for a living, because that’s what happens to irresponsible assholes.

Yet, as it seems, a lot of the folks out there posing as professionals simply aren’t acting like it, because it’s too easy to get away with it, I presume. To let a bad day allow YOU to say “screw it,” or let your own personal problems contaminate your professional ability to deliver.

This isn’t just bad business—these are bad people. And they don’t deserve your business.

By the way, this is precisely why I created Love, Business Owner—which got a beautiful facelift this past week! 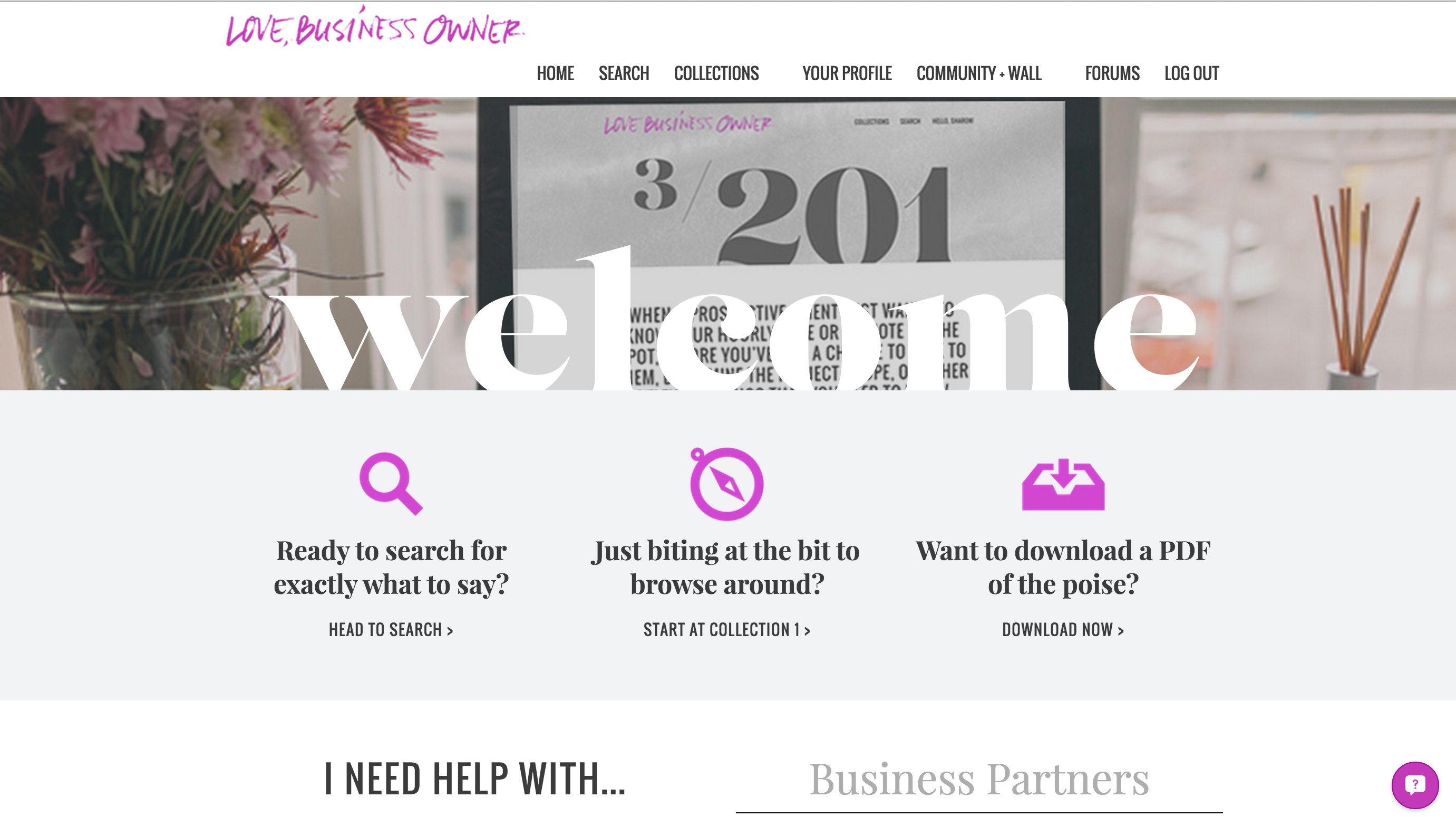 Because when you’ve got access to a searchable database of professional scripts, language & guidance on exactly what to say in any business situation under the sun—including the uncomfortable ones—then your life just got 1,000 times easier, you won’t look like an inconsiderate jack off (or feel like one, either), and you don’t completely piss people off so much that they start telling other people about your lack of diligence. The internet is a much smaller place than you think.

Just because you work behind a computer screen does not make you immune from responsibility.

Just because it’s easier not to say something…doesn’t mean you shouldn’t.

Just because you’re feeling embarrassed, stressed, overwhelmed, nervous, anxious, guilty or otherwise stupid because you know you blew something…does not mean it should prevent you from doing the right thing.

And so does your reputation.

Currently on the word shitlist: Face Your Fears!